ModalModal
The CBF Store is OPEN online 24/7. Delays are being experience to freight in certain regions. Please contact us if you have any questions.
Skip to navigation Skip to content

Curious About The of History on Water Taps?

Ever wondered when taps were first introduced?
What did the oldest version of the taps look like?
Let’s dig a little deeper and find out!

This simple yet sophisticated device dates far as back as 1700 B.C.
According to the plumbing company Plumbing Help Today, the invention of the faucet was to control the water flow of fountains in private homes and public baths in ancient Rome.

To get warm water for a bath, one would have to turn on both handles.
It was the norm until 1937 when Alfred Moen, an American inventor and mechanical engineer, nearly burnt his hands trying to wash up. It inspired Moen to invent a water tap with a single handle that would make it easier to control the water temperature.

When World War II ended, the production of Moen’s single handle faucet could finally start. This new and improved water tap was immediately in demand in many homes. Moen’s design became a reference for other inventors who started upgrading the way the water tap works. Issues were identified, and solutions were found — for example, a ball valve to control water pressure and filters to reduce contamination.

From the old fashioned two valves taps to having motion sensor water taps to suit our lifestyle, we have raised the bar to a higher standard. Modern water taps come in a range of shapes, colors, sizes, and functions. We have water taps that match our bathroom or kitchen design like having matte, bronze, chrome, and so on.

Check out The CBF Store’s full range of bathroom and kitchen tapware.

5 Awesome Reasons to Shop at...

How to Save Money When Buying...

How to celebrate all kinds of LOVE this VALENTINES DAY?

HOW TO COOK LIKE A PRO IN YOUR KITCHEN? 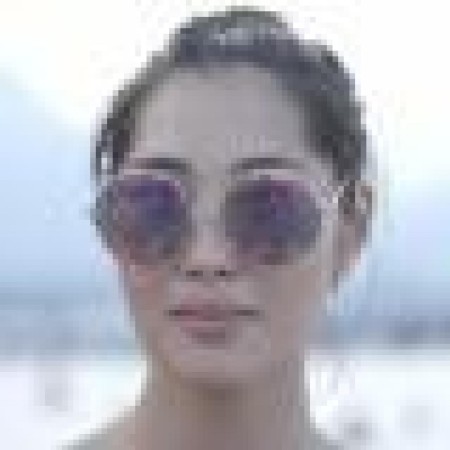 How to celebrate all kinds of LOVE this VALENTINES DAY?

Valentine’s Day is intended to be the day where you celebrate that special someone in your life. However, with all the “undivided attention & outburst of love,” we have received

Who doesn’t love having spanking BRAND NEW home appliances? We want it all in fact but our budget always gets in the way. What’s worse? Sometimes, you have to pick

Because WHY NOT? Have you seen the crazy deals we come up with? We are here to help you SAVE & SHOP to your heart’s delight! Now, without further ado,

Have you guys heard of Tesvor? It’s one of the fastest-growing creators of robot vacuums in the world. Established in 2014, it is lauded for its leading research and design

HOW TO COOK LIKE A PRO IN YOUR KITCHEN?

Do you love hosting? Having friends over, sipping on some cocktails and cooking up a storm. But you keep taking forever to cook that storm because you don’t have the

There’s almost nothing as exciting as spending time with your kids in the summer with a nice cold one in hand, and a barbeque going while watching them live their

THE 4 BEST WINE CHILLERS IN AUSTRALIA

If you are a wine connoisseur, you know there are few things as pleasurable as a perfectly chilled wine. This is why we know you need one of these wine

Are you an amateur or professional photographer? Did you know that you are just a drone away from revolutionizing your photography career? Check out the top 5 reasons why you

Are you having issues with your cooktop burners? Are they not heating up evenly? Did you know that cooktops or stoves generally last a good 15 years if you maintain

How to Maintain Your Kitchen Cabinets?

Are greasy kitchen tops and sticky cabinet handles an everyday problem in your household? Are your kitchen appliances getting affected as well? Let’s look at quick and easy tips to

Howdy stranger looks like you are in the United States. For the maddest possible home appliance deal and savings in your corner of the world, shop here.

Hello stranger looks like you are in the United States. You are best to look at our site here to see what we are all about and what we are up too.

The 8.8 SALE is here with BIGGER savings up to $524 on our selected appliances! We’re not kidding! Premium brands at the lowest prices!

Hurry up while stocks last.

48hrs to shop non-stop.
Pay in 6 with Laybuy. Interest-free, easy.
Further discounts on already fantastic prices.
Hurry up while stocks last.
Promotion is ONLY from 7th – 8th October 2021.

Have you activated your PayPal Pay in 4 yet?

Split your purchased in 4 payments with PayPal today so you can BUY NOW & PAY LATER. No more waiting for payday shopping when you can shop ANYDAY, ANYTIME with 0% interest & NO LATE fees.
SHOP with us now & PAY later with your PAYPAL account TODAY!

SUBSCRIBE NOW to be the first to enjoy Exclusive Discounts and Promotions we offer!

Who are you guys?

The CBF Store is home to the biggest collection of homewares, gadgets, appliances, cookware, bakeware, home décor, outdoor products and more. We promise you premium products at the lowest prices!

Just “How” you ask? Well in the absence of a physical store, we’re able to offer you the best prices in all of Australia! Add on some free shipping (T&C Apply) all over Australia, lay-by-services, variety of payment methods and discounted prices all year around, The CBF Store is the best online store for all of your shopping needs.

Shop with us today.

Where are you based?

The CBF Store is a Melbourne based company with access to some of Australia’s largest home appliance distributors/importers and extensive freight networks across all states.

We can be contacted via phone, email, the contact form further below or even via our live chat function if you fancy a yarn about an appliance or just the questionable Melbourne weather.

Do you have a shopfront?

The short answer – no. In order for us to provide you with what we believe is the best pricing on brand name home appliances in Australia, we knew we had to do away with the bright lights, outsized commercial rents and the obligatory small army of employees. Because all that ever translates into is an overpriced appliance. And we are all about helping every possible Australian household afford something for their home.

Why should I buy from The CBF Store?

You mean you’re still not convinced? You don’t like the sound of (an ever-growing range) of high quality brand name home appliances retailed by an Australian company (with actual Aussies on the other end of phone calls and emails), at very-hard- to-beat prices, home delivered with service the way it should be? And with professionalism and transparency at every step of the way? Tough crowd!

How long will the delivery of my appliance take?

Your order will be processed within a couple of days and freight (depending on your location) can take anywhere from 5 to 14 BUSINESS days, on average. Unlike some other well-known appliance vendors, CBF will (within reason) attempt to service customers far and wide and wherever the delivery trucks can safely go. If you happen to reside in a postcode with a lot more country to it, please expect your item to arrive at the latter end of our stated delivery window. The freight companies may also attempt to get I touch (on your best contact number) before making the journey to safely deliver your appliance, so please be sure to answer your phone.

Why the asterisk next to your “Free Shipping on Everything*” label?

Delivery on a large number of our items, is free of charge, to nearly all parts of mainland Australia (Tasmania included). For certain items, delivery is free of charge to specific zones/regions only.

Competitive shipping is otherwise offered, which can either be confirmed upon checkout or contacting us for a custom quote. Please also check each item’s “Features” section for any additional shipping details.

Also there may be instances where certain remote addresses could incur some sort of an additional delivery charge. If you are ever in doubt about your location, kindly contact us at any time before making your purchase.

Do your products meet Australian Standards?

Yes and each has been tested and certified to this fact.

How does your warranty work?

Each appliance comes with its own specific (advertised) manufacturer’s warranty. Warranty cards and 1800 numbers are enclosed with your new items. On top of that, we are always here and happy to help should you require further assistance or have any additional queries.

What payment methods do you accept?

What if my appliance arrives damaged or faulty on arrival?

In the rare event that this does occur, fear not as this is where the manufacturer’s warranty will kick in and assist in having a new unit delivered to you (while having the damaged/faulty unit picked up). All at no extra cost to you.

In the rare event the product is not suitable you are welcome to reach out to us to arrange an exchange, store credit or refund.  We will provide you a return address so the item can be returned at your cost to be inspected and condition verified.  We only accept returns on unused products in original boxing in saleable condition.  Refunds will be processed with a restocking fee of 20% to cover handling costs.

I hear your offer lay-by? Can this be true?!?

“Yes indeed, the rumours are true. Most of our items are eligible for good ol’ fashioned lay-by and you will know instantly from that funky, uber-cool purple button that sits next to our (still) very cool BUY NOW button. Our lay-by arrangements allow for weekly or fortnightly payments, up to 3 months. By entering into such a payment arrangement you agree to adhere to our lay-by terms and conditions, which is really quite simple….

If you decided to cancel your lay-by with us after any number of payments have been made, we reserve the right to refund all monies paid up to cancellation day LESS an administrative charge – $30 or 10% of the total item/order amount (whichever is the least of these two).

Ask Us A Question